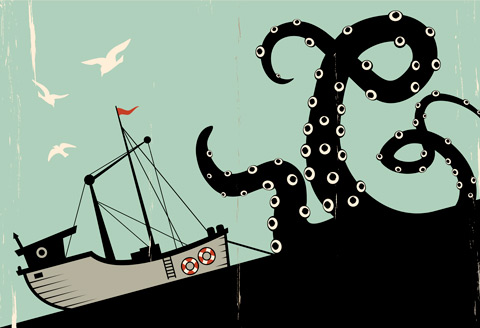 Animal that originated numerous studies such as those of the Bishop of Bergen: Erik Pontoppidan (1698-1764) an important Danish theologian and ornithologist, who described Kraken extensively in his work “Natural History of Norway”, others such as the Malacologist naturist: Pierre Dénys de Montfort (1766-1820), who wrote about him in his “Mollusc Encyclopedia.” For others it served as inspiration as is the case of the English poet Alfred Tennyson (1809-1892) writer who based his work on mythological and medieval themes, influence he exerted on the famous Julio Verne (1828-1905) forerunner of science fiction, really He was a student of science and technology of the time, he was ahead of his time giving way to inventions that would later revolutionize the world and pigeonholed without pretending it in the modern adventure novel with his “Twenty thousand leagues of underwater travel”, which we tells a detailed aquatic world of strange animals among which a belligerent and huge octopus is described. 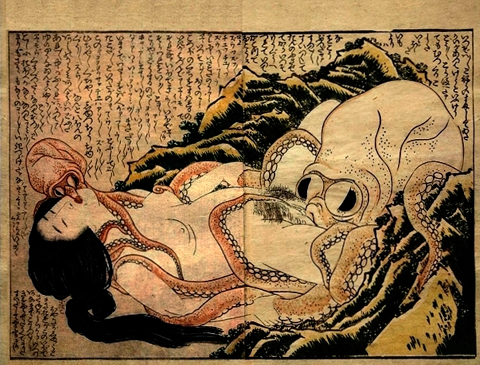 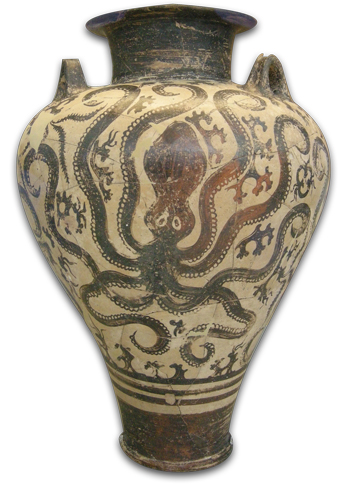 From the Galician coast in the Atlantic Sea comes the variety of Octopus most appreciated among consumers and professionals who work it, the so-called Octopus vulgaris, species of cephalopod octopus mollusk, marine animal, invertebrate, lacks shell and is carnivorous, of the Octopodidae family , (Greek word, “octo” eight, “podos” feet), is also found in the Mediterranean, other known are Octopus macropus (called octopus or bigeye), Octopus salutti and Eledone cirrosa.
In terms of dimensions, the blue-ringed octopus of Australia, 15 cm long, is the smallest, being the only one with venomous bite causing death in less than an hour. The common octopus Octopus vulgaris can reach 3 m long and 12 kg in weight. Larger species such as Haliphron atlanticus and Enteroctopus dofleini found up to 6 meters and 70 kg in weight.

From the Galician coast in the Atlantic Sea comes the most appreciated octopus variety among consumers and professionals who work it, the so-called Octopus vulgaris.

ANATOMY, REPRODUCTION AND ITS ADAPTATION TO THE ENVIRONMENT:

Externally it is formed by mantle, head, two eyes, mouth, ventral siphon and 8 tentacles, described below:
The mantle, about 25 cm long, houses in its interior, in addition to other viscera, the ink tank used to escape its predators, a black substance composed of mucus and melanin, the latter responsible for the protection of your skin against to UVA rays as well as camouflage changing their skin color according to the environment, even imitating other animals, or wrinkling their skin to adapt the shape of rock. In the mantle of the female there is a cavity called sewer where the male introduces with his copulatory arm his spermatophore (sperm packets) to form around 120,000 to 400,000 eggs subsequently attached to the rocks in the form of clusters that the female will protect until death, for 25 or 65 days (depending on the water temperature). The feeding of the young is planktonic up to 2 months.
Having no shell, its head is very flexible to adapt to rocks and cracks, it has an oval shape and it is located there: the two highly developed eyes used to night activity and light changes, the brain with proven ability to make decisions Smart and three hearts, two of them pump blood to the two gills and the third to the rest of the body.
The addressable ventral siphon is located at the back of the head, a propellant mechanism to escape when expelling large amounts of water.
In the central lower part, the mouth is located, provided with a corneal peak, an area from which the 8 tentacles or arms bifurcate, each equipped with two rows of sticky suction cups with which they adhere to any surface and that provide them with a great sensitivity, arms that serve to move, this being the other means of locomotion in addition to the siphon and connected to a small brain that controls each one. One of the most amazing features is the regeneration of the cut tentacles, being able to have two or three extra tentacles.
Its habitat ranges from surface waters to 100 meters deep, feeding on crustaceans, bivalves and fish, mostly active at night and hiding in cracks and caves, equipped with great sensitivity developed to replace its total lack of sense of hearing. They have an approximate longevity of 12 to 18 months, shy and lonely animal only meet for reproduction.
Therefore, it is an animal of great strength despite its size, shy, lonely and quickly adapting to the environment, excelling its ability to learn through observation and extremely sensitive. Elusive is prudent to man and does not pose any threat to him.