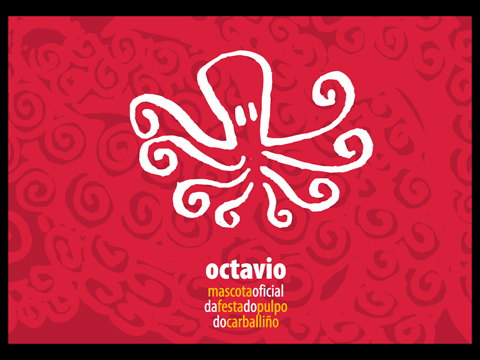 Octavio, the official mascot of the Festa do Pulpo do Carballiño

Octopus Octavio has become the official mascot of the Carballiño octopus party officially in 2012, a year that coincides with the celebration of the 50th anniversary. That same year the pet is officially registered by the City Council, so that it represents the Festa do Pulpo de Carballiño in the different graphic elements associated with it, both for promotion and merchandising.

The pet Octavio, represents an octopus in different positions, inspired by the movements of the octopus in its natural habitat.